Film doesn’t only happen in Hollywood.

Some big movies and popular TV shows have been filmed right here in the Sacramento area over the years, such as “Almost Famous” and “The Mentalist.”

As exciting as that is, the real buzz around here is independent film.

This week, I met a guy who makes his own horror films. He told me about the Sacramento Horror Film Festival. I had heard of the Sac Film and Music Festival, how many other film festivals are there in Sacramento?

Other than festivals, there are also monthly meetups, clubs and organizations that support the Sacramento indie film scene.

The Capital Film Arts Alliance is a group of local film professionals, hobbyists and enthusiasts who get together to critique each other’s screen plays and learn about the trade. I went to one of their meetings a few months ago and the speaker was a stunt driver who once held the world record for longest car jump!

We also have Tower Theatre, a 75 year old bastion of foreign and independent film. (article here) 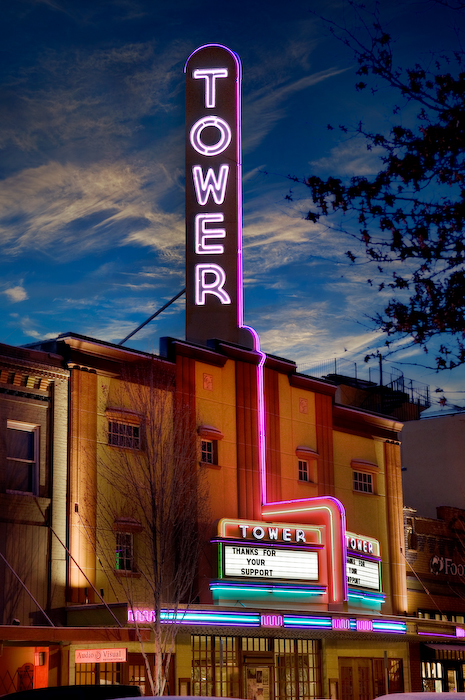 All this to say, if you are an indie movie lover, you will definitely find your crowd here in Sacramento.