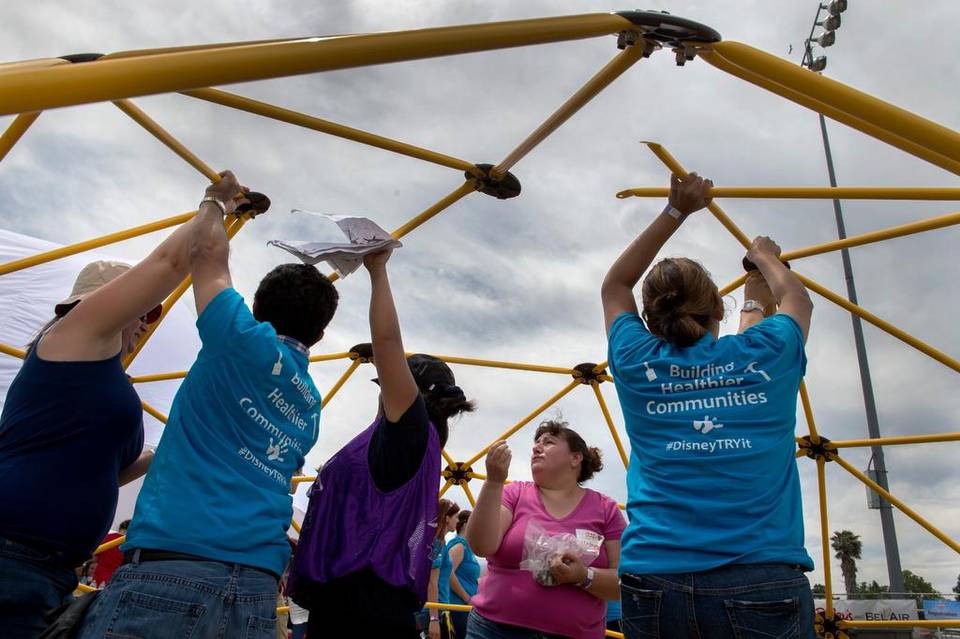 Last weekend, volunteers from Disney and the West Sac community KABOOM-ed the park into being in a single day.

I have heard of KABOOM before, they are a Washington D.C. based non-profit that works with communities to organize quick-turnaround park building projects.

The timeline for this new park was just insane – Disney called West Sacramento on March 10 to propose a donation for a park. Less than three months later, there is a new state-of-the-art park that neighborhood kids got to design themselves. KABOOM! (article here)

Disney was reaching out to communities with grants and donations as part of their 60th anniversary celebration. On Monday, the Mickey Mouse hot air balloon landed at the State Capitol, as June 1 was declared “Disneyland Day.”

Here’s why this makes me happy. In my experience with government, opportunity is usually viewed as a hassle. West Sacramento, when approached with this opportunity, jumped on it, cleared the way, and made it happen with matching funds and an expedited process. (article here)

And because of that, we have a sweet Tom Sawyer themed Bryte park. With a zip-line. Win.