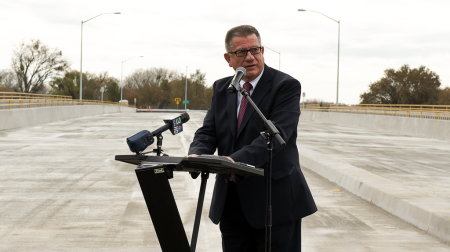 There are a lot of up sides to living a growing community.

For instance, we just got a Dickey’s BBQ Restaurant and there are plans in the works for a street trolley and an outdoor community venue called “The Barn.”

The downside – TRAFFIC. Most of West Sacramento is bordered on both sides by rivers, which means all traffic has to go North in order to go East or West. And as neighborhoods expand, the main artery – Jefferson Street – becomes the bottleneck.

Thanks to our city developers, there is an easy fix. South River Road also runs the entire length of West Sacramento, but it was formerly divided by a water way, forcing drivers to hop over to Jefferson. 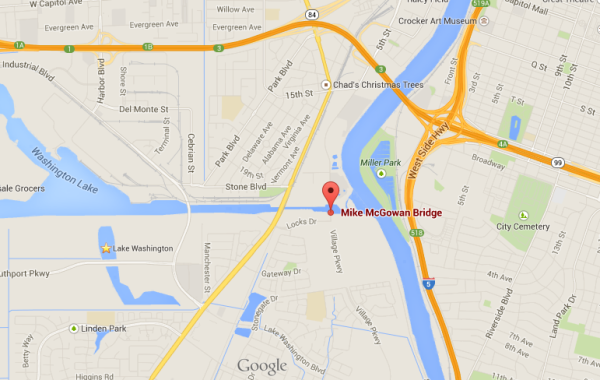 The bridge is named for Mike McGowan, the first Mayor of West Sacramento, who has also served on the City Council and Yolo County Board of Supervisors.

Mike was one of the guys holding the giant scissors at the ribbon cutting earlier this month.

He said the bridge “represents the spirit of West Sacramento. People come here to do the right thing for the community, not necessarily for themselves.” 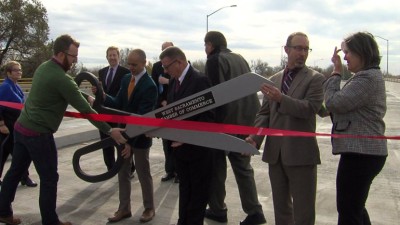