National Night Out in West Sacramento

When I watch movies like Sandlot, I think about how neighborhood potlucks and safe streets for kids to run around are a bygone thing.

Then I was invited to National Night Out. 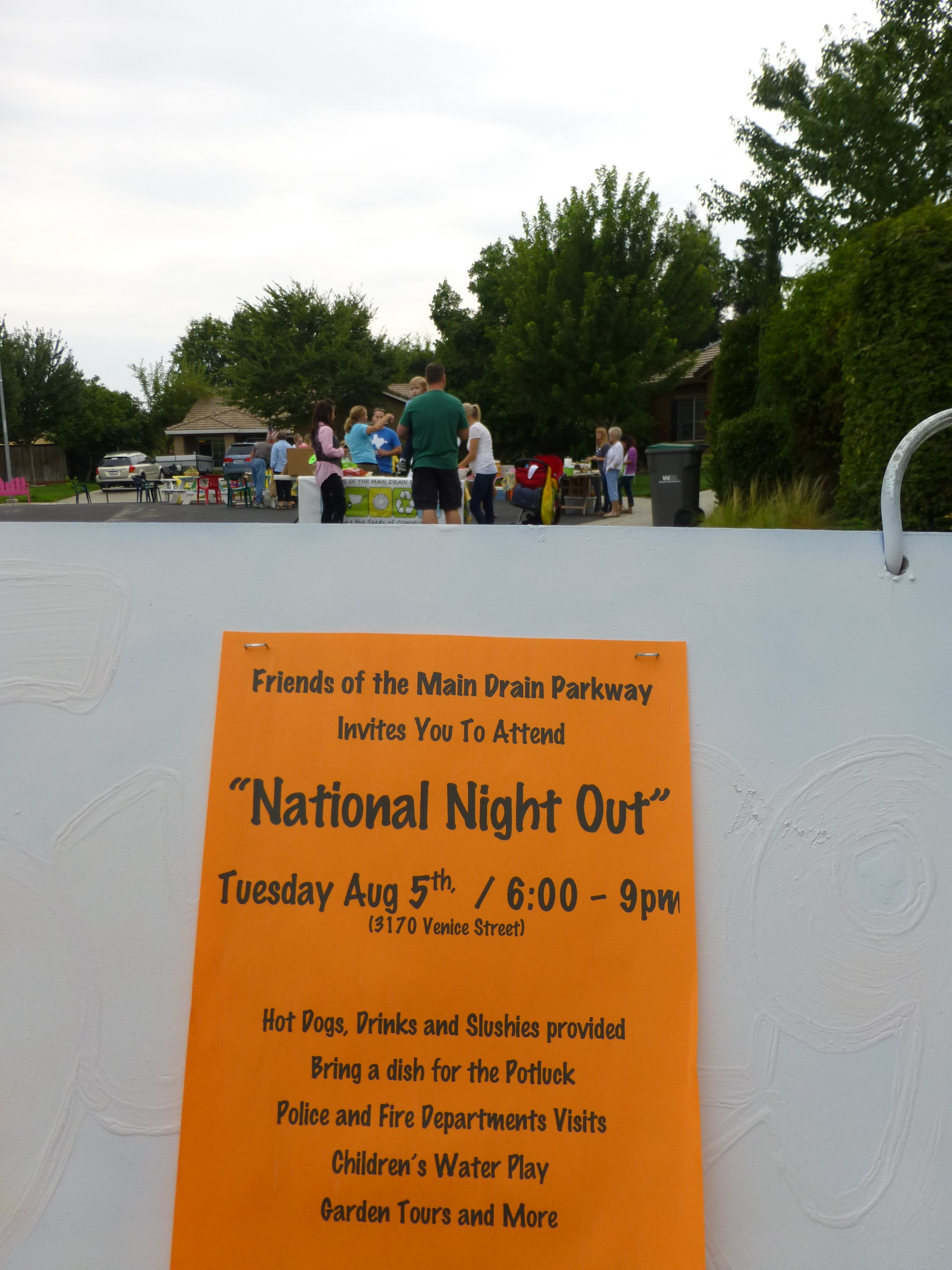 Started in 1983, National Night Out is an event that communities across America participate in to promote community organization against crime.

In West Sacramento, there were 19 different block parties that registered. I wandered over to the nearest one to see what it was all about.

The Friends of the Main Drain Parkway provided hot dogs, and neighbors filled the potluck table with salads and pastas and desserts. Some of the picnic tables had clusters of little green grapes, taken from the vines of the community garden.

I was only there a few minutes before the Firetruck showed up, followed by an ambulance, Neighborhood Patrol Van, West Sac PD motorcycle and patrol car, and the “96.8 The Eagle” crew. I didn’t get a “Junior Police” sticker like the other kids, but I did get a little red frisbee!

The EMT’s that were handing out stickers said they had half a dozen stops to make. The firemen said they were going to try to get to as many as they could, provided they didn’t get called away.

After the flashing lights drove off to their next stop, I sat at a table eating grapes and getting to know the people in my neighborhood.  It was good times. A little taste of 1983.