TBD Festival in West Sacramento was last weekend. According to SacRev, it was kind of a big deal.

The three day festival highlights the best that Sacramento has to offer in terms of food, art, architecture, fashion and music.

Among the 80+ artists that took the stage were Moby, Blondie, and Empire of the Sun.

The Sacramento Bee called the food a revolution: 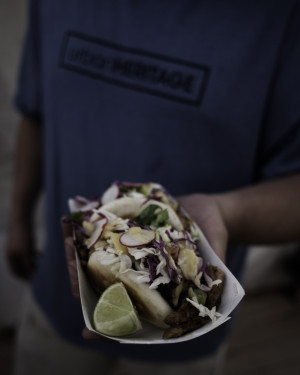 Local restaurants competed in The Pit – an open fire cooking area. Each chef was required to provide free food for 350 people, who then voted for their favorite cuisine.

The Festival took place in West Sacramento, near Raley Field.

The “TBD” in TBD Festival has no set meaning. Originally, it was the familiar “To Be Determined,” reflecting the evolving nature of the Sacramento art scene. This year, the Festival declared that TBD stood for “The Bridge District” after West Sacramento’s newest urban neighborhood.

For more on the history of TBD Fest, and to watch for next year’s event, visit TBDfest.com